This weekend marked the one year anniversary of letting go of my best friend. We all have them. They come in all shapes, sizes and forms. Mine was Churchill, a purebred Chow. He was my world. He was my closest companion for thirteen years. I owe him the world for his unconditional loyalty and love. Churchill – this one’s for you. 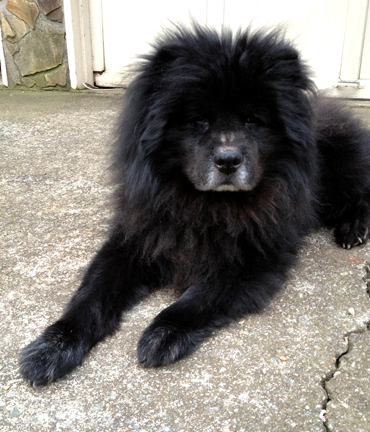 I was living in Savannah. If you’ve ever been, then you know it’s gorgeous. What you may not know is the crime rate per capita is off the charts. I’d had a few scary encounters myself and had decided that getting an intimidating cohort could be a very good thing.

However, Clifford did not approve. I didn’t need a dog he said. Of course I did, I said. We know where this is headed.

We were in Atlanta visiting his folks. I think he was doing some work for his dad, actually. His sister Toni is as big of an animal lover as I am, if not more so. And don’t get me wrong, Clifford loves animals. He loves them more than people (no really, he does), but he thought the timing was bad. Well I didn’t.

While Clifford was at work, Toni grabbed the paper. She found 8 week old Chow Chow puppies for sale about twenty minutes away. We made a quick call and then hopped in Toni’s car to see the pups that were for sale.

As we approached the breeders’ home, the area had gotten a little less appealing. We eventually found ourselves in front of an unkempt little shack with a fenced-in yard and a driveway, like the rest of the lawn, that hadn’t been mowed – in like ever. The entire property was a total shambles.

We exited the car and approached the fence. I quickly scanned our surroundings. It was the most bizarre scene, really. There were two identical shiny new Ford Taurus cars in the “drive”– one tan and one blue. They didn’t quite fit in with the whole run-down hovel sitting before us. Then the identical twin breeders exited their abode. They were a carbon copy of each other from head to toe. They looked to be in their fifties or sixties. They had on identical yellow smiley face t-shirts with identical shorts. They were missing the exact same teeth (which were many). They had the exact same hair styles. At least what was left of their hair. They were balding in identical spots. They even had identical facial hair from their mustaches to their tiny goatees. And … they were women.

I had to look away.

As I looked down, the lone black puppy in a sea of orange had bee-lined it straight to me. 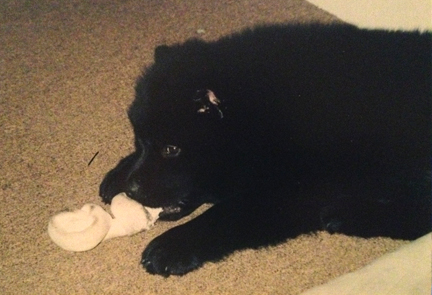 The lone black pup that bee-lined it straight to me.

He grabbed my pant leg with his tiny little teeth and tugged. I stared at the puppy and he stared back at me, and I knew in that moment we needed each other. He needed to be saved from the creepy twighlight-zone-hell into which he’d been born. I needed the cutest thing I’d ever seen to be my constant companion. To top it off,  he kept pulling on my pants as if to say, “Lady! Take me away! Please! Look around! You can’t leave me here with these dudes”.  I was sold. This kid had spunk and at just 8 weeks, was clearly smart enough to realize that those two identical twins were ripped right out of Ripley’s Believe It Or Not.

So Toni and I took the baby boy home. He was the most adorable precious puppy you have ever seen! Now the only hurdle was getting Clifford on board. I knew the moment he saw that fluffy little furball, he would melt.  But just in case, I hid the puppy in a bedrom upstairs. When Clifford got home, I did what any girl would do and explained how I had a special surprise for him. I bought him a present.

Clifford eyed me suspiciously, but the instant I opened the door and he looked down, he was smitten. Then I told him that he would get to name the puppy – because it was for him. Churchill the little tike became. 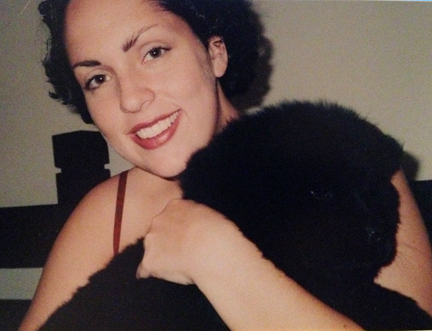 Me with the the love of my life. (sorry Clifford) 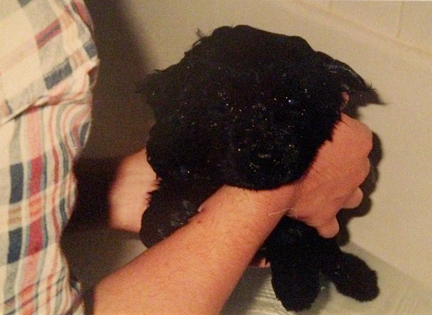 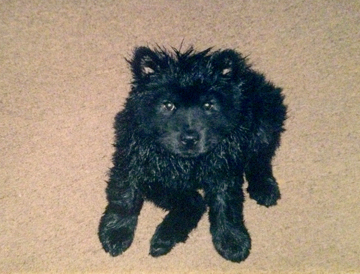 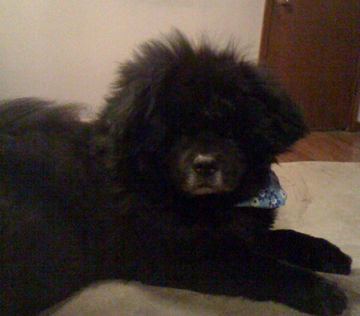 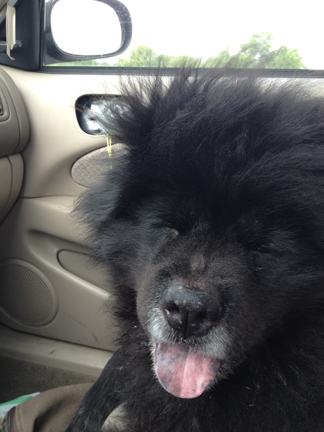 He was spunky, too! He took every road trip to Indiana with me for 13 years. 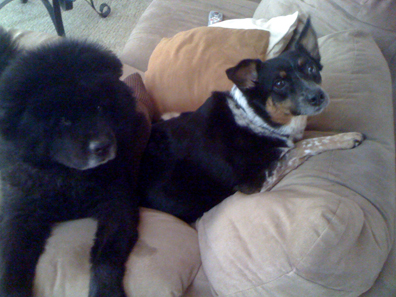 Churchill with Reagan – one of his worst haircuts ever!

An adorable little puppy stole our hearts that day and grew into the most intelligent, most wonderful dog, or rather best friend, we could have ever asked for. Yes, I still have nightmares about those identical twins in their smiley face shirts, but I can accept that because of the beautiful gift they gave me. A day, and a dog, that I wouldn’t take-back if my life depended on it. 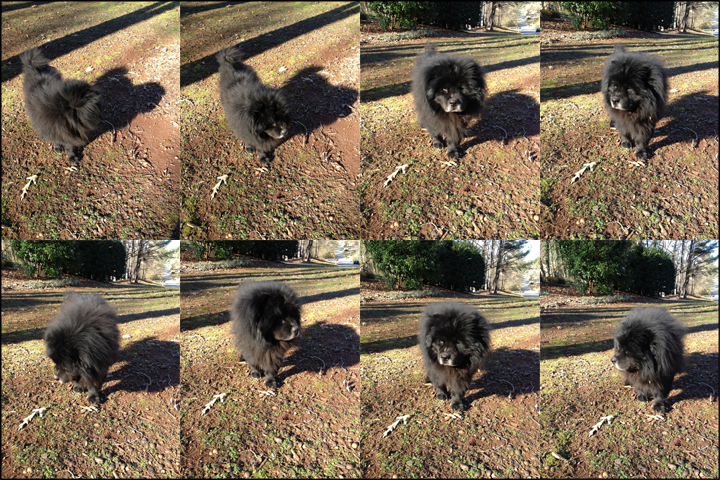 So what is your furry friend no-take-back?  Send it in!