My parents are moving from my childhood home this week (if the snow stops falling). It was my home for 18 years. They are actually moving less than five minutes from me, so I can’t complain, but there’s still a sense of loss. I won’t ever be able to go “home” again. Depressing? Maybe a little, but it’s been fun, too. Because of their move, I was officially forced to remove any remaining relics of my tenure there, which means I found all the knickknacks I’d been hording for years …

I’m not sentimental, but I am nostalgic. I used to keep a lot of things to remember little moments like all of the notes I passed with friends in school (we didn’t have text messages back then, you know, in all of 1996) or the corsage from my sister’s wedding. It’s hard to part with things that remind you of the times you would never take-back.

Luckily I’d read somewhere last year that if you take a picture of an object, the photograph will actually conjure the same memory and feelings the item evokes. I’d say it works. I couldn’t possibly keep all of that stuff, so I took pictures. I created a visual soundtrack to the movie that is my life, or was, in a small town in Northern Indiana. The result has been fantastic. The photos have helped me remember all sorts of cool (and uncool) things.

For instance – my brother and two of my sisters in really cheesy (mega uncool) heart-shaped frames. (c’mon, my sister was selling stuff to raise money for her music program. I had to buy something … it was charity, really … the kids have to sing!)

A clear example of “uncool”. Of course these particular pictures didn’t really add anything to the “cool” department, either.

A can of SPAM from good old Darewood. All the way from the North Carolina on a mission trip I had to miss.

His obsession with SPAM was far beyond the reaches of my understanding – which is like wicked far, by the way.

A ceramic bowl made for me by a Finnish foreign exchange student I became good friends with through tennis back in the day. Marianne was awesome. 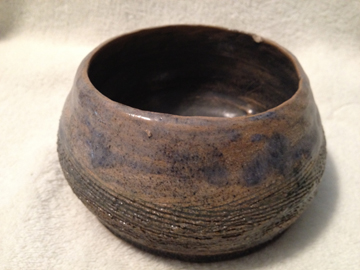 Marianne was so talented and the most amazing chick from a faraway place I’d ever met.  Had a killer forehand to boot.

My Elmo phase. (I also had a keychain, a backpack, a toothbrush and several other Elmo-themed things). I still have the original Tickle Me Elmo in my studio. 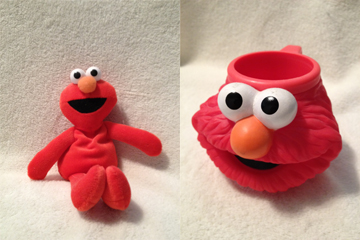 I can’t explain it, either. He was furry and red and spoke like a baby, yet I was totally mesmerized. Oh, and I was like 17.

A gift my grandfather built. I was a cabbage patch fiend. 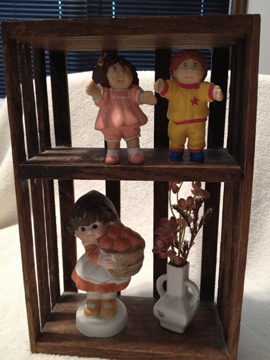 So sweet. The cabbage patch girl had my hair!

The first pillow I made. Um … yeah. Sally Home-Maker I am not. 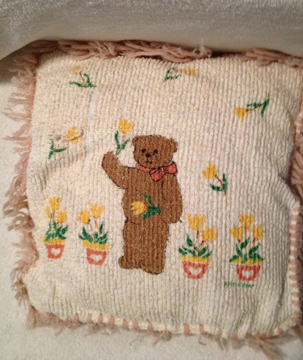 So sad. I wish I could sew.

The wave machine from Spencer’s I’d been dying to own (my brother got it for me for a birthday). 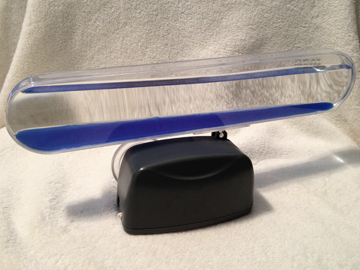 For not really doing much, it was one of the coolest gifts ever.

There are just so many great things I unearthed while cleaning house. It was cathartic, I think. There was really only one WTF moment in the lot. This was that moment. 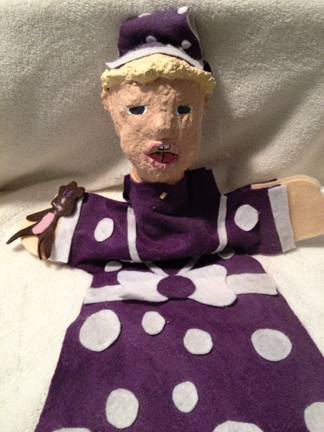 Creepy paper mache puppet child wizard with a monkey? in his hand.

No, seriously. WTF? Totally disturbing paper mache puppet head with a felt dress. Was it supposed to be a child? A wizard? An evil soul-sucking conjurer with a monkey in his hand? What I was thinking when I created this, the world will never know. Sometimes your memory has gaps for a reason. This is one of those gaps.

Now I realize the simple things, like cleaning out a closet, can become the most unexpected no-take-back of your week. Savor the little stuff. There’s no need to horde. Take pictures. It’s the memory, not the material, that we really want to keep.

This entry was posted on Monday, February 3rd, 2014 at 7:41 am and tagged with hording, memories, moving, no take backs, SPAM, wave machine and posted in No-Take-Backs. You can follow any responses to this entry through the RSS 2.0 feed.
« When Life Gives You Snow, Make Snowmenade!
Total-Take-Back: Super Bowl XLVIII »