I Tested An APP – And I Liked It

Please know the following really isn’t an advertisement – it’s my version of a review. It’s about a recent no-take-back experience I had with an app. Just turns out I think the app is SUPER cool.

I have been on a journey. For the last 45 days or so I have been fortunate enough to embark on a self-imposed adventure and I’ve been using a life-logging app called SAGA to document it all. Yeah, I didn’t know what life-logging was either.

This winter I was selected by the creators of SAGA to be one of several excursionists. Essentially this meant I would test their app for one month while I went about my day to day business and my travels. My excursion specifically dealt with quirky roadside attractions and BBQ joints. How could it not?

I didn’t exactly understand what life-logging was when I signed on. Why would I care where I’ve been? I take pictures. I tweet. What could this app do that I couldn’t do through other things already? Boy, I was in for a surprise.

The GPS is always running. Though this might sketch one out in a “Big Brother” kind of way, this is actually a great thing (c’mon, we’re being watched anyway).  Because of this, it documented my travel distances and average mph – which is fantastic for business purposes. It allowed me to not have to “check-in” as well. It captured the information without me having to input anything. I could add pictures and notes to each location if I wanted. Also, and this was HUGE, I was in complete control over what information was released when and to whom.

For instance, I can delay when my information is released to friends who follow me. I can choose that my closest friends see where I am when I’m there, but perhaps not so close friends will only see where I am several hours after the fact. This is an excellent safety measure and again, gives me the control over what information is shared. I like to share where I am and what I’m doing, but maybe not at that exact moment. And though I totally cop to using it, Facebook has always given me the heebie jeebies in the privacy arena.

SAGA does cull everything from my social media sites, too. So I can go back to my log and see not only where I’ve been on a certain day, but what I’ve done, what I’ve eaten, tweets I made, posts I added, etc. Everything is in one place. For someone like me who is really not so social media savvy, that’s a nice feature.

But my favorite thing above all was actually the traits that I earned. As I went to similar establishments or achieved certain predetermined goals set by SAGA, I would receive a trait. In my stint as an app tester I achieved BBQIVORE for all the BBQ joints I visited, I became a VEGABOND for staying on the road in multiple hotels and cities, I became a ROADTRIPPER for all the miles I was logging, I even hit SUPER SAGA status for stopping at over 50 unique locations.

The app actually encouraged me to want to do more. And now it’s gotten to know me and where I am, it sends me messages like events going on nearby, that it will rain in 15 minutes, or how long it will take me to get to favorite haunts in current traffic.

I’m also pretty stoked to find out that SAGA has been named an honoree for Best Use of GPS or Location Technology by the prestigious Webby Awards academy. Makes me feel like my opinion has been validated by those much higher on the pay chain than me.

I was taking a big chance signing my life away (literally) for a month, but I am so glad I did. I would never have known anything about SAGA and with my adult ADD, I would never have taken the time to really learn how it works. And I would never have written my first real review of something for the world to see. Just no-take-backs all around.

You can download SAGA here if you’re interested. And now check out some of my adventures below: 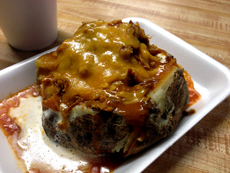 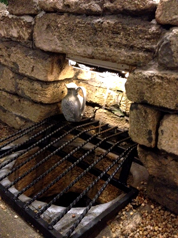 I drank from the Fountain of Youth. 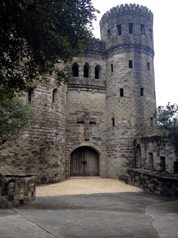 I toured an Irish castle – in Florida. 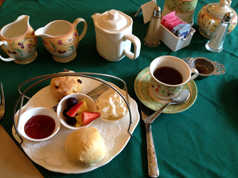 I had English cream tea – in Florida. 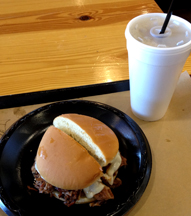 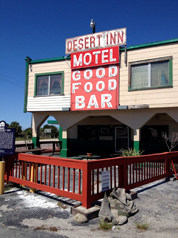 I went to Yeehaw Junction. This is it. The only thing there. It’s for lease. 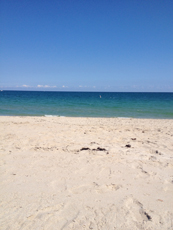 I saw the beach. 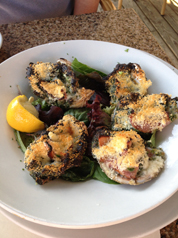 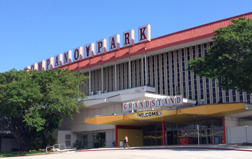 I went to a racetrack. 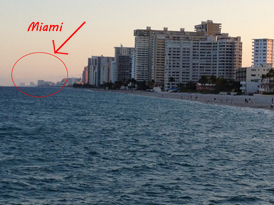 I saw Miami from a distance. 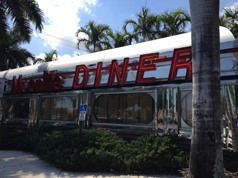 I ate at a diner. A real diner.

I bought gator jerky off the back of a truck. Literally. 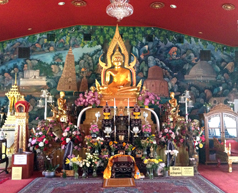 I went to a Buddhist Temple. 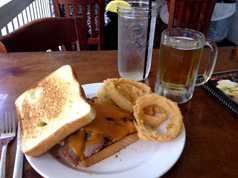 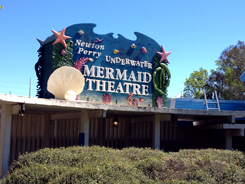 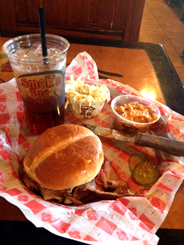 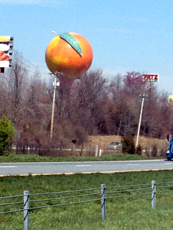 I saw the big peach. 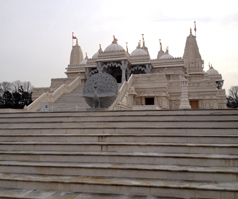 I went to a Hindu Temple. 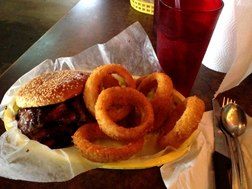 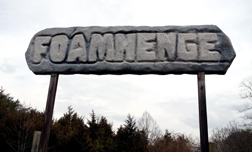 I went to Foamhenge. 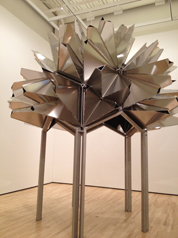 I went to the Baltimore Museum of Art. 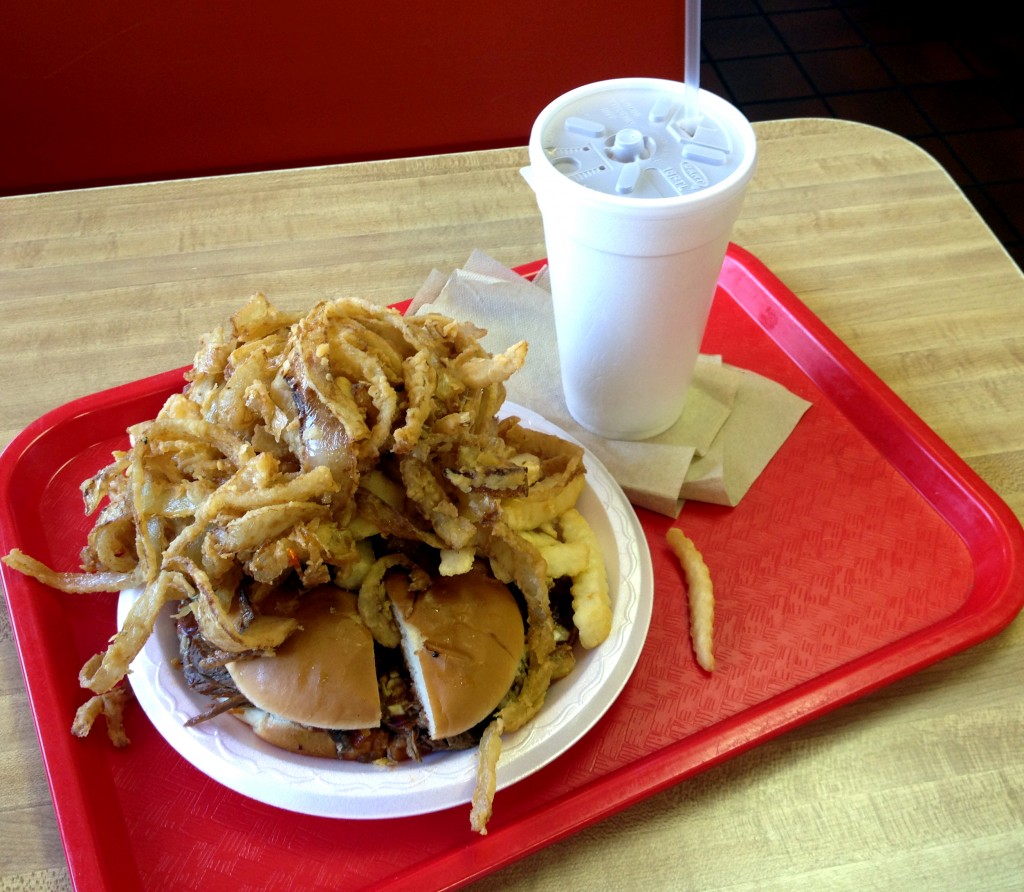 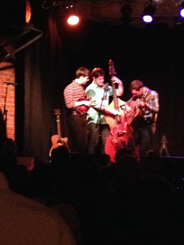 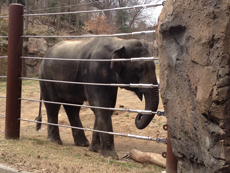 I went to the National Zoo. 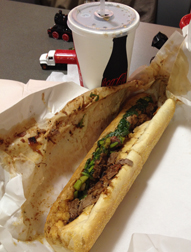 I had Philly’s version of BBQ with Broccoli Rabe. (apparently it’s a thing) 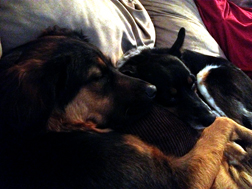 And I came home.